Have you ever been to Jökulsárlón Glacier Lagoon? If you’re planning an Iceland elopement you should really consider going there! It’s one of the few places that you can take boat tours and can get up and personal with the glacier.

Molly and Luke are a very special couple to me. Before I took their photos we had spent the previous day hanging out and getting to know each other. They are both videographers. The night before their elopement, we went and scouted out, and we stayed late enough to see the Northern lights. While I was watching we heard a LOUD THUNDEROUS sound that scared me to my very core. A HUGE chunk of the glacier had broken off! So as beautiful as this place can be, just be sure to be careful as well. Those chunks can cause tidal waves.

Molly and Luke have been together already for 8 years and have 2 beautiful kids Who were back home in Arizona with grandma and grandpa. We stayed at the Fosshotel Glacier Lagoon, about a half hour away. We all drank shots the night before and we were having a great time. One of the funniest memories I have of Molly is when, after taking a shot, she played MY boobs like bongo drums! That is something I’ll never forget! Even a several months later we chat on social media and we bring it up and we both crack up.

I guess when the kids are away mommy and dad will play! LOL! Anyway, they wanted to do things the unconventional way when it came to It’s how their whole relationship has been so far and it’s what worked for them. Even more “out of the norm”, they actually decided that they wanted to make their marriage legal by doing it in Iceland rather than back home in Arizona. They wanted to do sunrise at the Glacier Lagoon.

Being surrounded by chunks of sparkling ice that looks like diamonds and wind to blow her dress around was all that she wanted. And she got it! Molly and Luke may be fun and easy going people, but they are also very private people. They wanted to make sure that when they said their vows that it was just the three of us.

They both agreed and told me that they actually didn’t want any of those photos shown. It was for them and them alone they said. After all, they were the ones making the commitment to one another. No one else. They set up their own personal cameras (videographers remember?) and recorded their vows all alone. All of that took place AFTER our session together that morning.

But while we were together you could feel the love they have for one another radiating out of them. Which was great for them because it was cold as balls during their elopement! But we pressed on. We hopped on over to the other side of the road, where the ice comes from, that goes to the beach. We only had about another 10 minutes before Molly was just too frozen to go on.

I am so happy I was able to be there for Molly and Luke for their Glacier Lagoon elopement. We clicked so well that I’m going to be taking anniversary photos of them this year too in Arizona! That is what it’s all about. Making those connections, those friendship. Taking photos that you’ll love and creating memories that will last a lifetime! 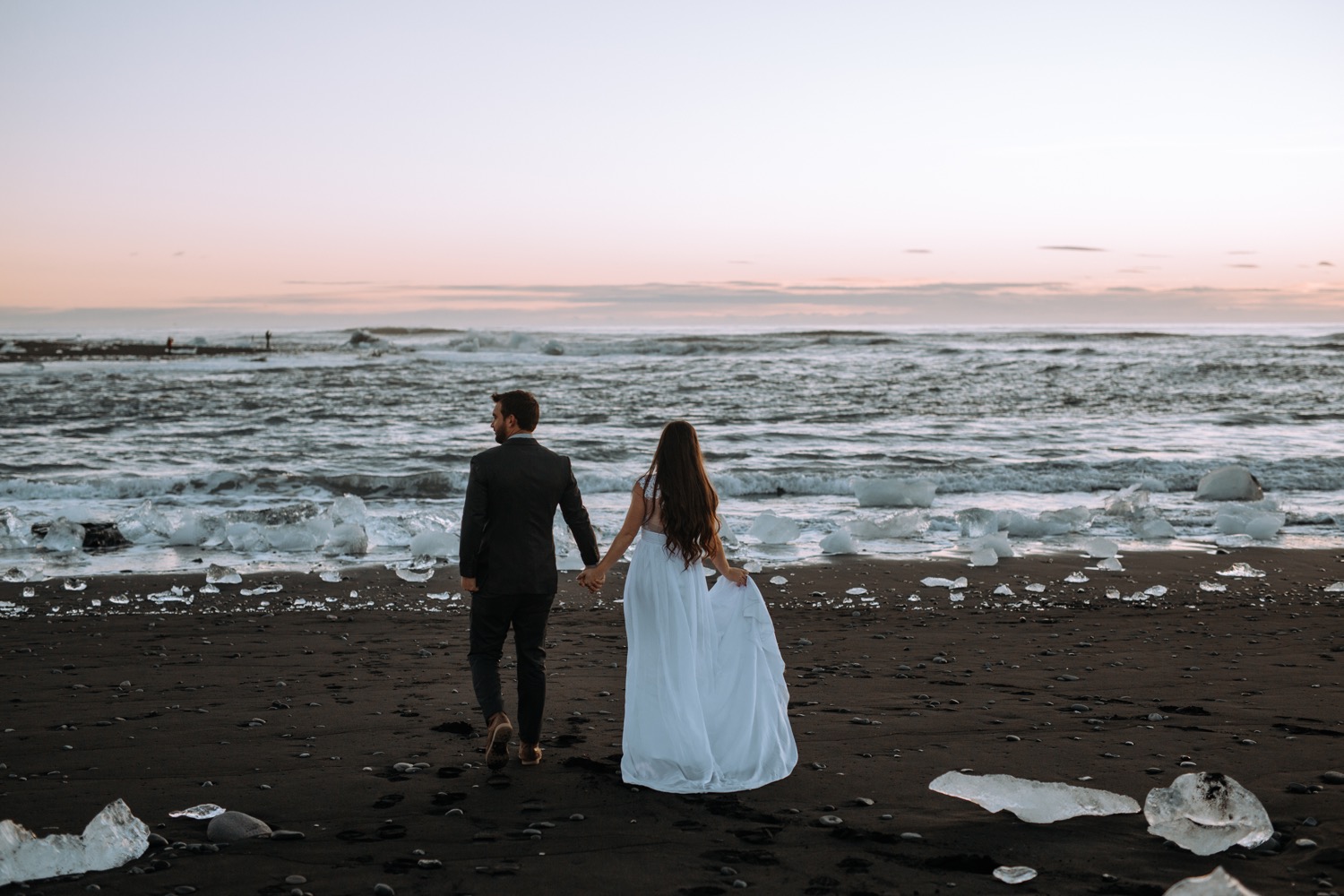 To see many of the other journal posts I have made, click here.