Crescent Beach is a hidden gem out on the Olympic Peninsula to get your photos taken at and I’m here to tell you where it’s at!

A lot of people know Port Angeles as the gateway to the Olympic National Park, which they would be right. But there are also so many other locations that us locals know about that are a little more off the beaten path for couples to have their engagement or elopement at.

After all, Port Angeles is right on the north coast of Washington and this great state is known for their beaches and coastline. There are so many amazing sea stacks! A lot of couples want to go out to the west coast, and as amazing as it is, it really is way the heck out there and then your only options are coastline for photos. But, if you want to have your adventure engagement session some place that is more centrally located then you need to check out Crescent Beach and Salt Creek Recreational Area.

On a good day, the tide can go out so far that you can walk out to the famous sea stack on Crescent Beach. There are some really cool and funky bunkers as well from World War II but we just didn’t get up to them during the time that I had with Garrett and Kenzie. They wanted to focus on the greenery and the beach.

Kenzie and Garrett became engaged a month prior. From what they told me he asked her at the home in Seattle. He is a minor league baseball player and she is actually a model. So you can only imagine who excited I was to be when they hired me. And oh my goodness, they are a ridiculously beautiful couple together.

I remember seeing Kenzie for the first time with that long beautiful hair of hers and was so totally jealous! It’s very very rarely that I get to photograph someone with such insanely long hair. So I made sure we utilized it as much as possible during the shoot.

I also think that this photoshoot is one where I felt so much more comfortable pushing the limits of what a couple could do for their poses and, God bless Kenzie and Garrett, they were very accommodating and open and willing to play around as much as I suggested.  This is one of the things I say all the time.  The more willing you are to enjoy yourself and take direction, the better the shoot will go.  This has been true of so many of my shoots that I have done.

I really enjoyed the silliness of their relationship and willingness to let go and just have fun and laugh. One thing I think couples need to do more of, is just left go of feeling awkward and just enjoy yourself and your time in front of my camera. The more you relax, the better the photos will be.

One of my favorite things about Crescent Beach is the rocks and the fact that almost every time I go there someone has built a fort out of logs. And this time we were there, we were pleasantly surprised! Who doesn’t love playing at the beach?

One of the last things we did was kicked off our shoes (yes, even me!) and went and payed in the actual ocean. And let me tell you, it was March when we did our session, and that water was cold as heck! But they didn’t care and kept on playing around and enjoying the moment! I was pretty amazing and they were just as happy as I was with the end results!

I hope you enjoy looking at these photos as much as I do.  If you would like to see more of my adventures, you can see my blog here. 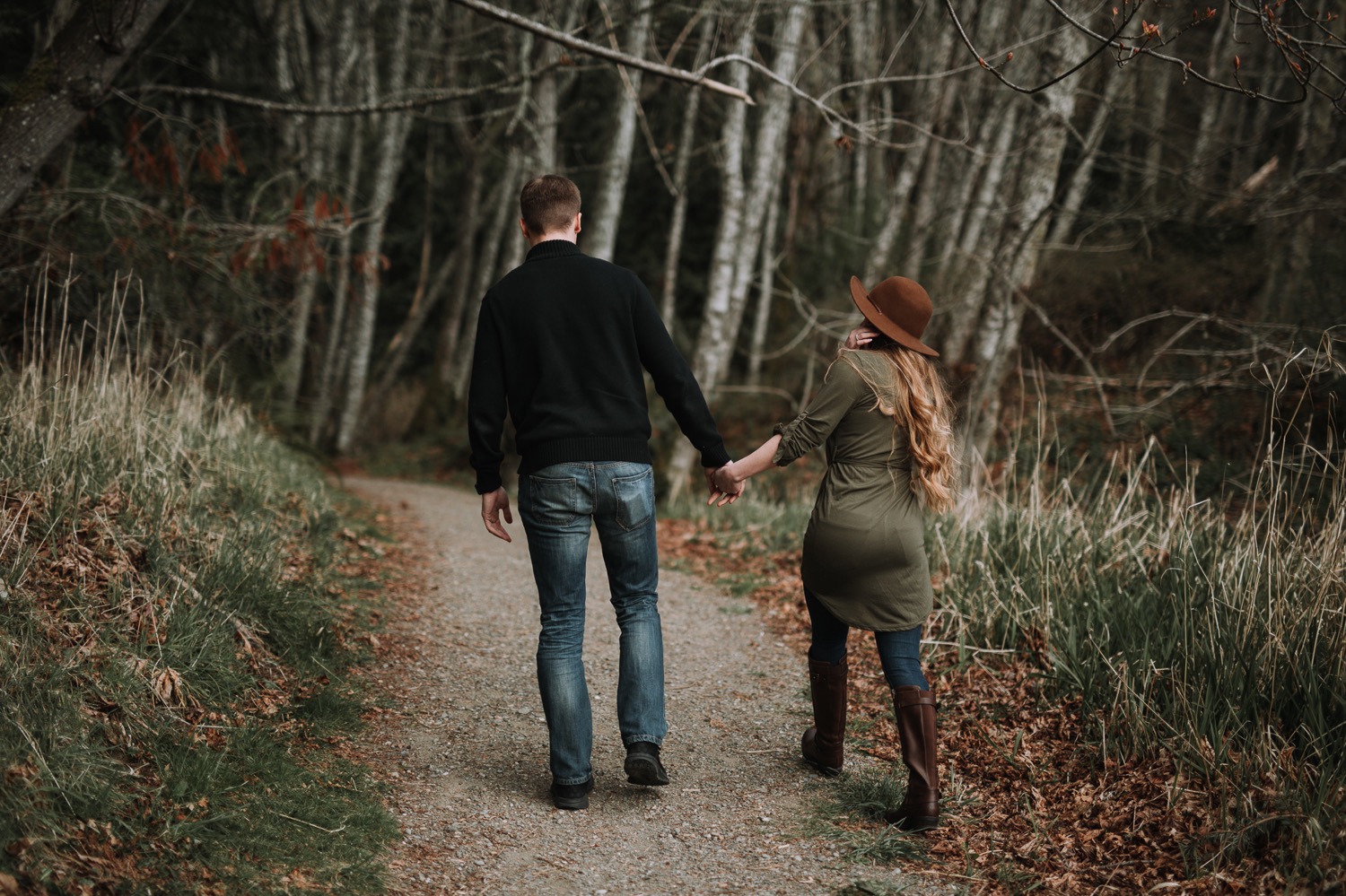