Let me break down what it’s like having a kick ass AND fun engagement session with me. No matter if it’s in Downtown Seattle or Switzerland.

Most often then not. When I do sessions with a new client we have a good time, we laugh, I give them their photos, and we part ways. 9/10 I get the opportunity to also photograph their wedding.  Pretty typical. But once in a blue moon. I get a couple like this one.

There was just something about Hannah and Kyle that connected with me better than most. Maybe it’s the fact that Hannah and I have almost the exact same personality. Maybe it’s our wicked and slightly sadistic sense of humor. Whatever it was, I felt like I have been friends with her for years when really, we had met an hour ago.

When that happens, it feels like it’s just meant to be that you met. And if you know me at all, you would know that it’s hard for me to make friends. But in this case, Hannah and I both share the “too much” gene. So we instantly connected. I can’t remember laughing this much at a photo session before. It good to laugh this much and I think more people in this world need to laugh.

Now, I am blogging this a good 8 months after this session, and even after their wedding (which that will be coming soon and only my gosh I’m terrible at blogging! lol!) So ever since this session, Hannah and I have become even closer. She is spunky, feisty, and funny as hell! Basically, like me. 😉

We send memes and gifs to each other all the time. It’s like I have a baby sister whose away at college or something so we can’t hang out that much. But we find ways to still be in each other lives.

Back to the session. We had so much fun hanging out and running all over downtown Seattle. Making terrible jokes, including naughty ones. And it’s been awhile since I laughed THIS MUCH with a couple! They just have the best personality and relationship. Which, is actually a pretty interesting story. I’ll share more in their wedding blog. Let’s just say that, this was not their first time getting married to each other..

As you continue on down through the photos, I hope that you are ready get a sense of just how amazing these two are. How much fun they are to be around. And how full of life and love these two have for one another. I don’t shoot in the city very often, but it’s people like Hannah & Kyle that make the trek, and traffic, worth ever moment!

One thing I have always wanted to do was have a downtown Seattle engagement session that was on the ferry boat! Well, because they are such an awesome couple they were totally down for anything and everything I suggested! We did have to run around the ferry pretty quickly as we only had from Seattle to Bainbridge to get it done. That’s only just over 30 minutes to shoot. And the ferry boats are pretty big. Plus she was in heels, making it even harder to run around.

Also making for a a bit of pressure, we were working with the sun and it was sinking, FAST! But they both were such troopers and ran all over that damn ferry with me and we ended out with them dancing around and just having the best time of their lives. I am seriously so happy with how the photos turned out. If all my sessions in the city were they amazing, I would probably shoot there more often….naaah. I love the wilderness too much. But this will forever be my favorite engagement session in downtown Seattle! 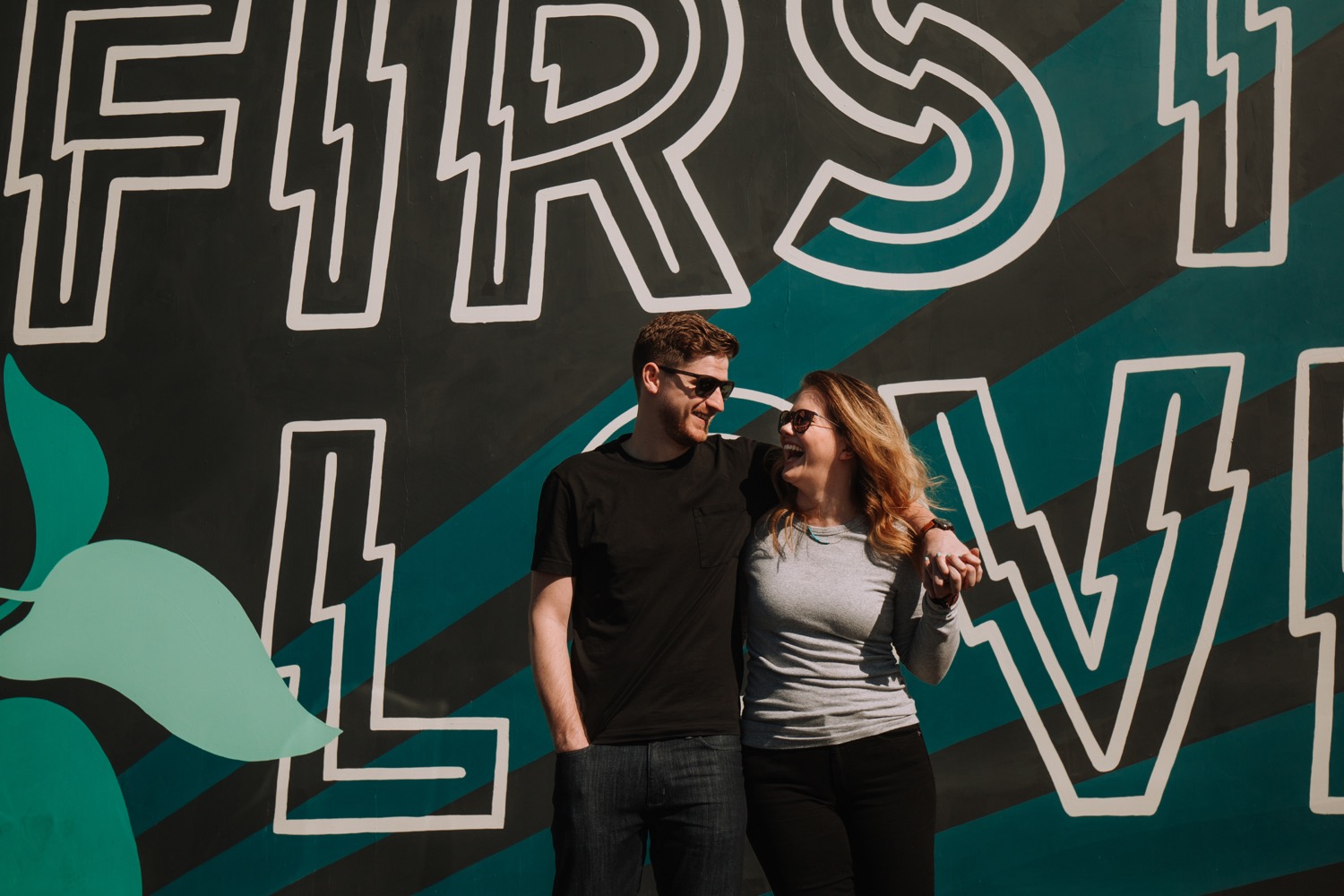 If you loved this session as much as I do, then go check out more on my journal, here.