If you are planning on having engagement or elopement photos taken on the beautiful California coast, you really should have an engagement session at Point Reyes Shoreline and the Lighthouse area!

So funny story, or really crazy story. Emily and Michael’s session was actually going to be their elopement at Yosemite and not an engagement session at Point Reyes. But due to the fires that were happening in Yosemite they decided to move their session to the coast and decided to take that as a sign that they should get married back home with their families.

Since they had already paid for their elopement, they just changed it to be an engagement session since they never did get those photos done when they did get engaged and figured it would also be a better representation of who they are anyway.

If you’ve never been to Point Reyes Shoreline you really should head out that way! Just be warned that the road is not the greatest and has a ton of pot holes, so I wouldn’t take a super pricy car or ya might be needing a tow later! The most famous part of the area is the lighthouse that you can go check out at the very top of the drive. From up there you can see the whole coastline!

It’s impressive seeing the beautiful blue ocean against the sandy brown cliffs for miles and miles. So I had to make sure I captured that view for Emily and Michael since they are not from California and likely would never see this view again because they are form the east coast.

Point Reyes Shoreline did not disappoint! We got lucky that is was a clear day and the area wasn’t too busy. After spending time up near the lighthouse we went down to the “Instagram famous” tunnel of trees. At the end of it is a big mansion, I don’t know if anyone lives there or if it’s a museum (which is likely) but the tunnel area itself was pretty busy, we waited patiently as two weddings went through and got their own photos. Like I said, it’s a popular spot, but you can see why, it’s also quite incredible.

Finally, we had to of course go down to the actual shoreline, because of course it’s the California Coastline, it’s stunning! The sunset was like you would expect, perfect and full of pristine oranges, pinks, and soft purples. The ocean was warmer than expected, after all, it was the beginning of August and it had been warm all day.

The last thing I expected to see was a teepee made out of driftwood, right there on the beach! It was a perfect little cove for Michael and Emily to cozy up next to each other while the glorious sun set behind them. After the last few hours of running, jumping and twirling, it was nice for them to have a moment to just sink into each other’s arms and enjoy warming up.

The sun was sinking fast and we wanted to make sure we got as much of that golden dreamy light as possible. Michael and Emily played chicken with each other and the tide. Trying their best not to get wet, but of course failing in fantastic fashion. At the end of an engagement session, the desire to stay clean or dry pretty much goes out the window. Which of course i love because it makes for great engagement photos!

Finally after 3 hours together it was time to wrap things up. We had the best time together and I am personally so dang proud of all the amazing photos I got for them! I guess California really is the golden state, because that’ is how I felt when we were finished!

Thank you so much for going on this adventure with me by reading.  I hope you enjoy the beautiful photos of this engagement session at Point Reyes as much as I have.  If you would like to see some more sessions and elopements I have photographed, check out my blog here. 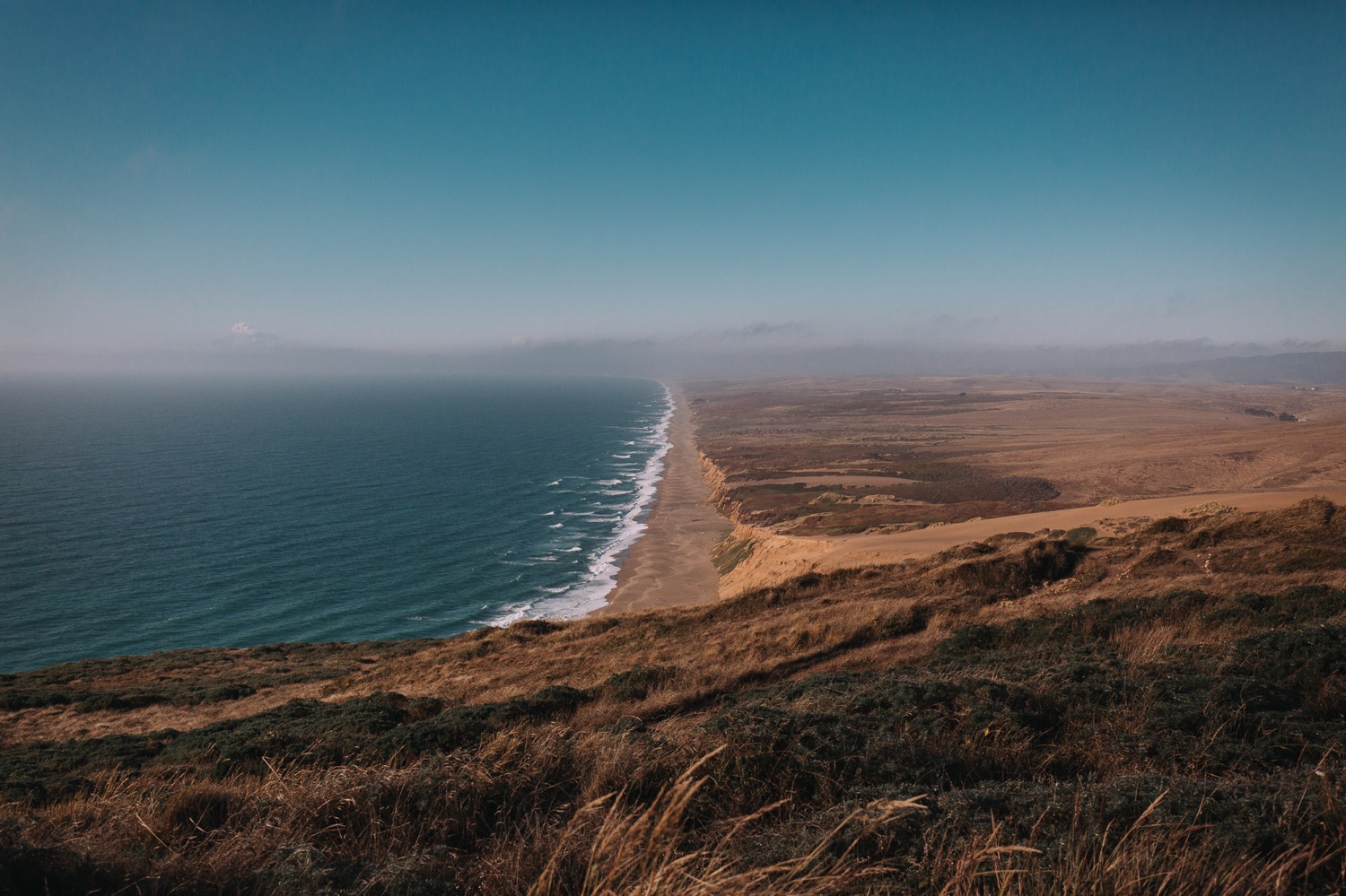